Values that we have learnt from Leftenan Adnan. :D 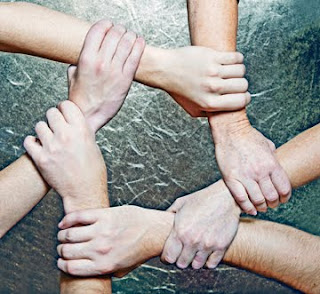 The values that we have learnt from Leftenan Adnan are :
- A brave person
- A good leader
- Respect one another
-Willing to die for own country
- Perseverance
- Determine
- Fight for what is right
- Lookout for one another
- Fair
- Never compare one another
Posted by Azri, Yew Vei, Razana and Lulu. at 7:29 PM No comments:

What have we learnt from Leftenan Adnan Saidi ? 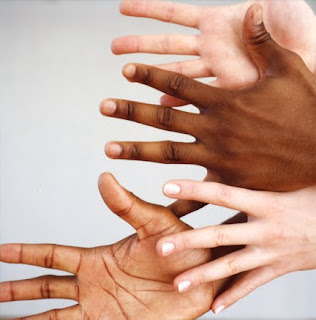 We have learnt that we must protect our own country and do not depend on others for help. Leftenan Adnan was a brave and smart person. He is willing to sacrifice his life for the country. We should follow his example because Singapore is our country and our homeland and we have responsiblity to take care of our country. We also have to look out and take care of one another because we live in the same country and society. We also need to respect one another so that there would not be any war among us.
Posted by Azri, Yew Vei, Razana and Lulu. at 7:18 PM No comments:

The Battle Of Bukit Chandu. :D

Battle on Opium Hill or Bukit Chandu in malay. :D 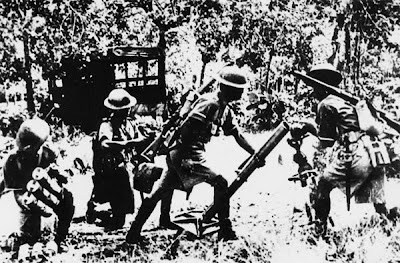 Leftenan Adnan Bin Saidi led a 42-strong platoon from the Malay Regiment in the defense ofSingapore against the invading Japanese. The soldiers fought at the Battle Of Pasir Panjang, at Pasir Panjang Ridge in the Bukit Chandu or Opium Hill area on 12-14 February 1942. Adnan refused to surrender and urged his men to fight until the end eventhough they were storngly outnumbered. Adnan carried on fighting despite being shot. After they battle was lost, they wounded Adnan but then he was taken as a prisoner by Japanese soldiers. The Japanese soldiers tied him to a cherry tree and tortured him to death. Adnan is currently considered by Malaysians and Singaporeans today as a hero because of his actions. Later on when Singapore surrendered, the Japanese Soldiers or Kempeitai attempted to find and murder Adnan's family in revenge but failed to do so. Kent Ridge Park which is close to the site of the battle, now bears a plaque in commemoration of Leftenan Adnan Bin Saidi. A museum at Bukit Chandu stands in memory of the bravery Malay Regiment soldiers.
Posted by Azri, Yew Vei, Razana and Lulu. at 6:08 AM No comments: 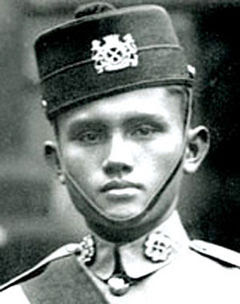 Leftenan Adnan Bin Saidi was born in 1915 at  Kampung Sungei Ramal, Kajang, Selangor. He was the eldest in his family. His younger siblings, Ahmad Saidi and Amarullah Saidi were soldiers too. Ahmad Saidi was killed in action after he joined the navy in 1939. The Japanese sank his ship, the HMS Pelanduk, on the way to Australia. The younger Mr. Amarullah Saidi survived the war and is now retired and resides in Kajang, Selangor.

Leftenan Adnan Bin Saidi received his education in Pekan Sungei Ramal. He was a diligent student and excelled in his studies. Adnan was chosen to be a trainee teacher and taught at his university for over a year. However,

Lt. Adnan Saidi received his education in Pekan Sungei Ramal in the English medium. He was a diligent student and excelled in his studies. Upon graduation, Adnan was chosen to be a trainee teacher and taught at his alma mater for over a year. Fate however had other plans for him. A firm man who took discipline seriously, Adnan Saidi chose instead to pursue the military vocation.

Adnan Saidi joined the Malay Regiment when he was 18 years old in 1933. He was chosen as best recruit later a year later. In 1936, Adnan was promoted to the rank of Sergeant.  After his return from London, he married a school teacher from his village named Madam Sophia Pakih Muda. They had three children but the last one whom was a girl died. When the war was almost coming, Leftenan Adnan sent his family back to the hometown so that they would be safe there.